Connor Carew (Geoff)- Connor is thrilled to be making his NY Fringe debut. He recently returned from playing Costard in Love’s Labour’s Lost at the Shakespeare Theatre or New Jersey. In addition to six seasons with STNJ, Connor has worked with several other notable regional theaters, including the Hudson Valley Shakespeare Festival (Julius Caesar, Troilus and Cressida), and Two River Theatre (Much Ado, Henry V). New York theatre has generally presented Mr. Carew the opportunity to perform more contemporary works, such as Shining City (59E59), Dylan (Do Not Go Gentle Prod.), The Seagull (INTAR, dir. Eli Renfield),  and The Weight of Being (The Truf). Connor holds degrees from Temple University and the New School for Drama, and has lived in Brooklyn for nearly a decade.

Kevin Confoy (Hank)- Kevin has appeared in roles ranging from Felix in The Odd Couple to The Clown in 39 Steps.  He was in the original productions of John Guare's NY Actor and the NY Revival of Horton Foote's The Traveling Lady (Drama Desk Nomination).

Haejin Han (Stage Manager/Lighting Designer)- Haejin was an assistant production manager for "Brigadoon" on Broadway and was an assistant technical director for the "Hero" at Lincoln Center, David H. Koch Theater. She stage managed at the BAM Harvey Theater for "Sweet Science Suite". In 2014, she received the outstanding stage manager award at the New York Innovative Theater awards. She has worked with many dance companies, including Elisa Monte, Nimbus Dance Works, ITE, Francesca Harper Dance Company, and Life Dance. Currently, she is working at the TheaterLab as a technical director and at John Jay College as a production manager.  She is touring with "Burq off" as stage manager/lighting designer in the US and the UK. She is honored to participate in the Fringe Festival for the 3rd times and to work with this awesome production "Win for Life". More info: www.haejinhan.com

Jesse Heffler (Sound Design)-Jesse lives in Jersey City.  He is a sound designer, writer, performer, educator and sufferer of migraines.  As as theatre artist, he has been fortunate enough to work with Advanced Beginners Group, Dead Puppet, La Pocha Nostra, Phoenix Theatre Ensemble and Psychic Readings.  He is a graduate of SUNY Purchase and Sarah Lawrence College, respectively.

Vinny Mraz (Assistant Director)-Vinny is a multidisciplinary artist focusing on writing plays, poetry and sketch comedy as well as directing and scenic design. Most recently he has worked as the Production Manager for the Shakespeare Academy @ Stratford in Stratford, CT designing site specific sets for "Henry V" and "Twelfth Night". He has taught workshops at Sarah Lawrence College, SUNY Purchase, and local schools in Yonkers. He studied sketch comedy at The Second City, and received an MFA from Sarah Lawrence College. Previous directing credits include "When We Come to the Blue Lightning" a one-man show about Jeffrey Dahmer and "The Suburbs" a new play based on the writing of Raymond Carver. This is his first time working with the NY Fringe. Thanks to Kevin and the entire cast and crew for this opportunity.

Susan Sears (Costumes, Props)- Susan has worked as production designer/make up artist/prop builder and wardrobe manager for more than 30 years starting at the Berkshire Public Theatre in Pittsfield, MA. More recently, she has worked for The American Dance Institute in Rockville, MD, on the set of feature films  "Red Monsoon", shot in Kathmandu, Nepal and "Muckland", shot in the middle of nowhere, Western NY. She has a bachelors degree in visual arts from Parsons School of Design and has used her skills as a graphic designer to create and produce promotional material for various titles associated with Shakespeare & Company, Miramax, HBO and A&E Networks. Currently the Associate Producer in the Theatre Program at Sarah Lawrence College, she is delighted to be close to home this summer and behind the scenes of "Win For Life".

Claribel Gross (Production Asst)- Claribel is a graduate of the University of Minnesota where she studied Theatre Arts with an emphasis on performance.  She currently lives in the Bronx and is pursuing her MFA at Sarah Lawrence College.  She has a strong interest in international development and working with communities through theatre.  Claribel is happy to be part of the "Win for Life" team. 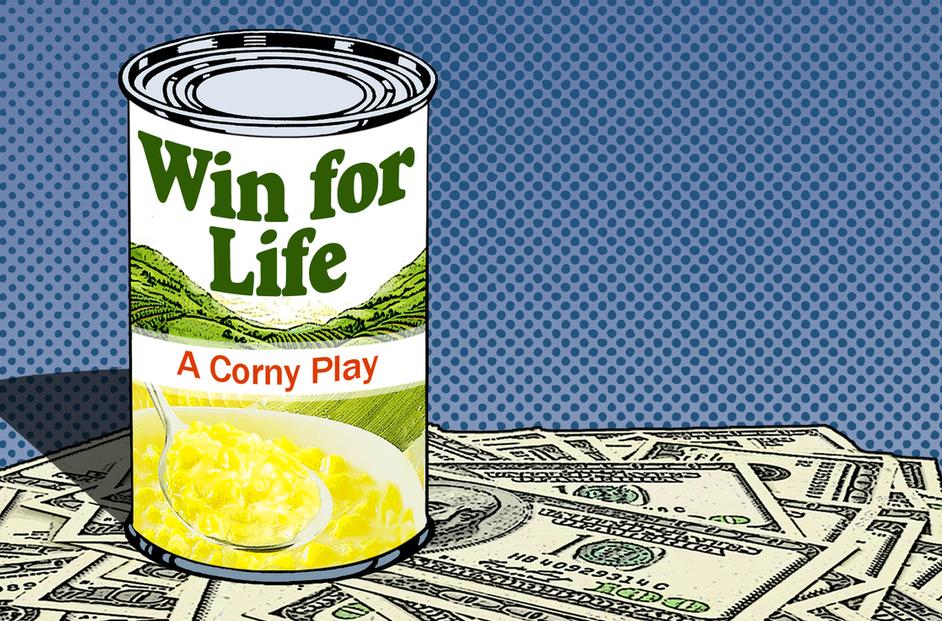 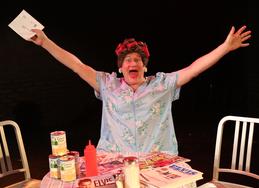 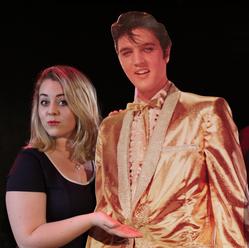 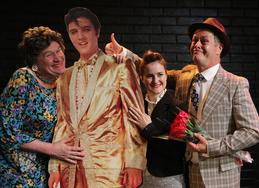 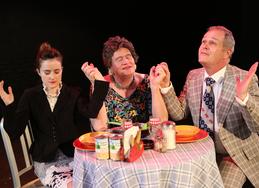 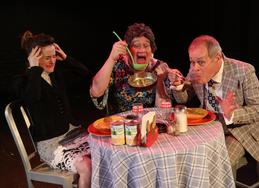 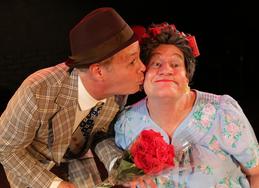 Quincy Confoy wrote WIN FOR LIFE in her playwriting class at The Fieldston School, in the Bronx. It became the first student-written play to be produced as part of Fieldston's annual theatre season. In May of this year, WIN FOR LIFE received top honors in the Young Playwrights Festival, Inc, NYC. Quincy studied playwriting last year in the pre-college program at Brown University and was chosen to participate in the Eugene O'Neill Theater Center's Young Playwrights Festival in the spring. Quincy just finished the Playwriting Apprenticeship program at the Powerhouse Theater, at Vassar College. Quincy has written several other plays and has acted on stage in several productions in NY and in summer stock. Quincy will be a senior at Fieldston this year. 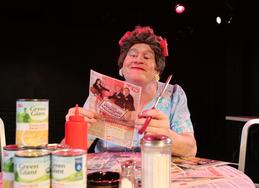 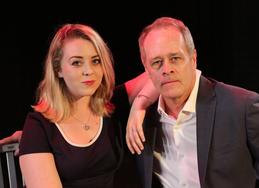 ​Millie, a cantankerous old woman with a love for Elvis and extreme couponing, wins the Jolly Green Giant Sweepstakes. Her grown children conspire to kill her before she spends the prize money, and their inheritance, on the "Graceland Rental Package." 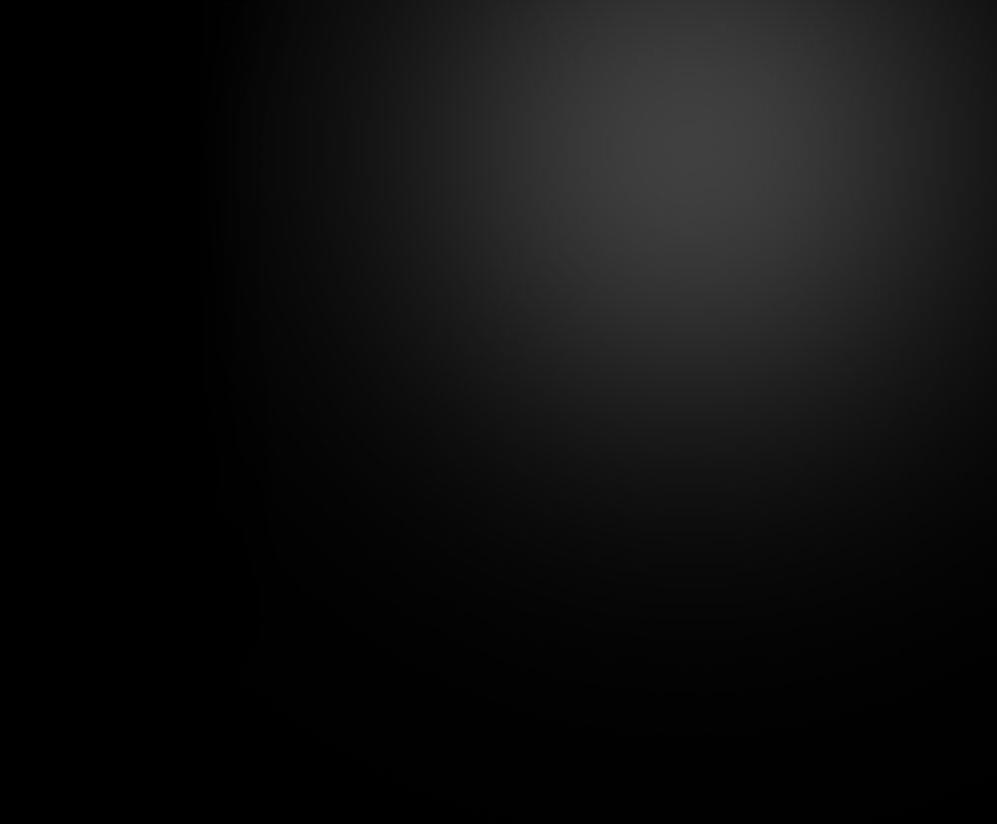